REVOLUTION’S A LIE follows a middle-aged actress in New York city coping with the demands of making a living, maintaining a creative output, and engaging with other art forms. The strangeness of her encounters seems to be her life’s routine. Amassing interwoven portraits of the mundane, the film deals with issues related to one’s dead, memory, and the failures and successes of the work artists do. It begins in New York, but unexpectedly, actions shift to Colombia’s country side.

The main character is teaching an acting class. After rehearsing a peculiar dialogue with students, she rushes to a gallery to watch a film. Subtly, the film she observes becomes the narrative focus of REVOLUTION’S A LIE. She is haunted by the projected images and then taken aback when she notices some disturbing actions. As she is watching she reflects out loud on the nature of the violent events passing before her eyes.

REVOLUTION’S A LIE is also an homage to the film Kuroneko made by Japanese director Shindó, Kaneto. The images that the main character watches in the gallery’s walls are a reenactment of Kuroneko’s opening scene. But instead of taking place in medieval Japan, the actions are set in Colombia’s country side –the director’s home country. 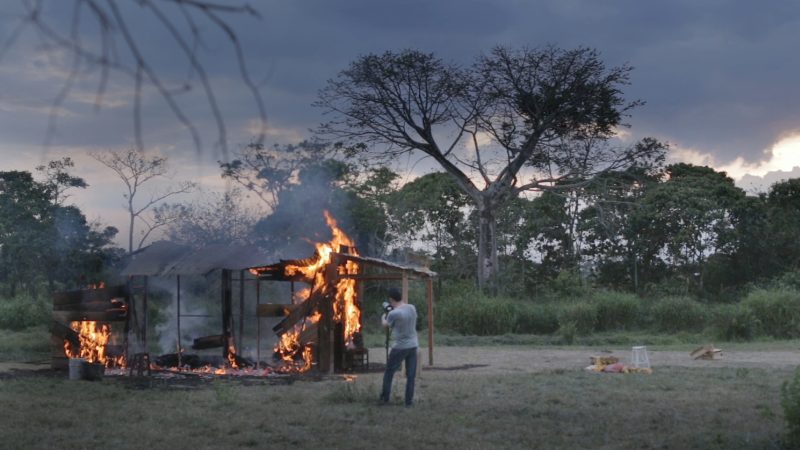 This film was made thanks to the timely support of the:
– Foundation for Contemporary Art, New York, USA
– Headlands Center for The Arts, USA
– MacDowell Colony, USA